The Chimera, a dying race of deformed beings, are searching the galaxy for intelligent life to add to their ever-growing gene pool. Their mission is to find the cure to a degenerative disease that has been killing nine out of ten carriers.

When the Chimera reached Earth, they found a broken world harboring fatigued humans who came out of a devastating world war on a path to rebuild their civilization. The attack was swift, with many humans harvested for their DNA and organs for gene compatibility tests.

The humans realized that their only way to victory was to arm the old weapons of mass destruction and use them on the attacking fleet. The counter-attack was successful, and the Chimera left Earth. Still, the victory came with a significant cost: Earth’s atmosphere became uninhabitable by radiation and the black clouds that leaked from the Chimera living warships.

Humanity had to leave their home and live in orbital space stations, scavenging on Chimera technology and recovered their adversary’s means of deep space travel: The Black Cloud. Tracing the Chimera fleet using the Black Cloud Technology, the humans left Earth with a taste for vengeance. Civilians, science, and military vessels formed a large fleet.

They began an eight-year journey to a distant star system, far away from home, finding the Chimera fleet orbiting a habitable water world named Arkadia. With similar technology, both sides annihilated each other, and when their fleets crumbled, they took the war down to the surface.

Captain Miller, the head of the science division, was able to recover a top priority Chimera research: The Modu Project. According to the study, the Modu is an oceanic beast with a remarkable and unique ability to evolve new organs to adapt and adjust to new situations. Captain Miller captured a young Modu and brought the beast to a hidden facility where he could conduct his research in hopes to tilt the scale of the war to humanity’s side. 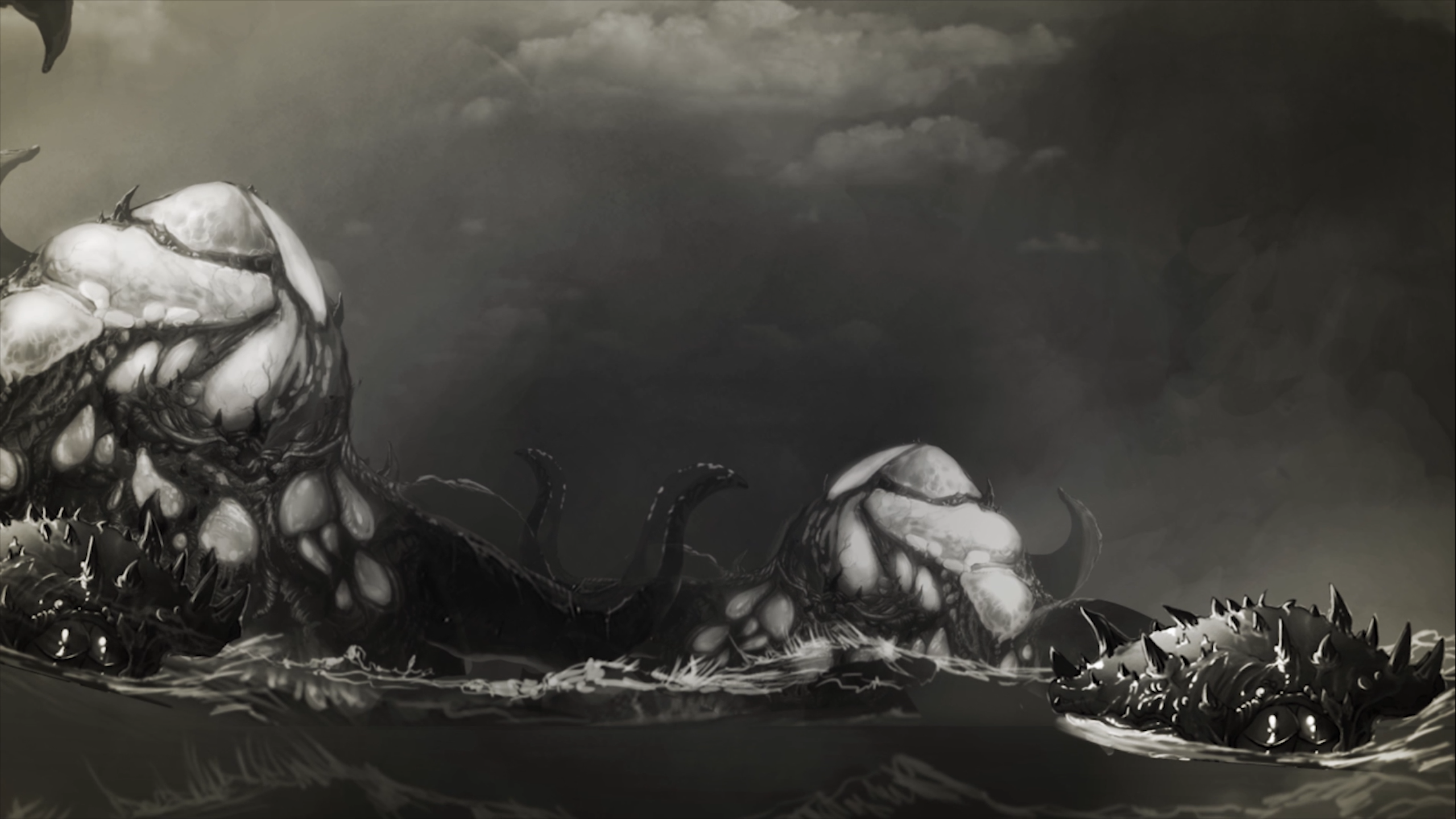 The Modu are the dominant species of Arkadia. Regardless of their size, all Modu are capable of growing organs and appendages at an alarming speed. Each organ can be separated from the main body, acting as an extension of the Modu and controlled by a complex hivemind system.